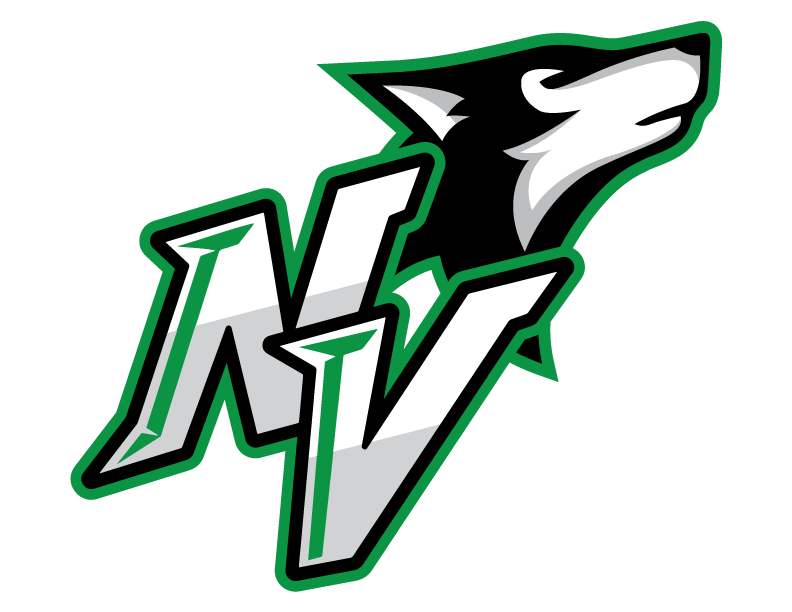 Below are the coaches' summaries from Friday's basketball games against Weskan.

'When Husky fans drove to watch some basketball in Weskan, Kansas on Friday, Jan. 21, they slipped into the Mountain Standard Time Zone. Despite the long road trip, the Northern Valley Boys stayed in their own winning zone by defeating their hosts 71-39. The whistle controlled the score clock and fragmented-pace of 'start/stop' action between the two WKLL varsity teams.  Fouls mounted for the Huskies; but they were able to exhibit their basketball talents by securing their tenth win of the season.  "We showed our swarming press (early) and sharp shooting skills to defeat the Coyotes," Head Coach Kevin Sides commented.  "For being off for 10 days, along with some sickness, I thought we played with great effort.  Our game wasn't up to what the kids expect to play, but we will be ready Monday to work and get better." Several Huskies reached double-digit scores to achieve their victory. Kenton Thalheim led with 19 points (with five three-pointers), followed by: Bailey Sides, 14; Foster Brands, 13; and Drew Schemper, 12. Eric Loya secured 7 points for the Huskies, while Jeremiah Hansen contributed 6.

The junior varsity boys fell 47-42 to Weskan after four quarters of basketball action.  Scorers for the J.V. Huskies were: Gabe Rudd, 13; Jason Cox, 8; Brody Preston, 8; Drew Schemper, 8; Aaron Henrickson, 5. The Huskies play at  home (in Almena) for their next basketball matchup on Friday Jan. 28 - as they face the Bobcats of Western Plains.'

'The Lady Huskies took on the Weskan Coyotes on January 21st. The Lady Huskies played very aggressive defense holding the Coyotes to 2 points in the first quarter until a last second three point heave pushed the Coyotes to 5 at the end of the first quarter. The Lady Huskies struggled to score on the much taller Coyotes inside and had to attempt more outside shots that couldn’t find the bottom of the basket. Ultimately the Coyotes found a few spurts of points through the next three quarters that helped to slowly build up the lead until the end with a Husky loss 30-44.  Scoring for the Huskies: Mary Baird- 10, Delaney Sides-7, Austyn Cox- 6, Braxton Cox and Stephanie Whitney- 3 apiece, Savannah Rose- 1. The Lady Huskies take on the Stockton Tigers next on Tuesday, January 25th in Stockton.

The JV Lady Huskies started the action against the Weskan Coyotes on January 21st with a hard fought game.  The game was only two quarters but had enough action for four. The Weskan Lady Coyotes played 7 of the 9 girls on their entire roster in the contest. The JV squad fought very well against many of the members of the varsity team. The Coyotes were able to get their scoring in the 2nd quarter that took the game out of reach, ending with a 15-23 Husky loss. Scoring for the  NV JV GBB team were Delaney Sides-7, Angel Joppa-4, Haley Hansen and Rebekah Henrickson- 2 apiece.'