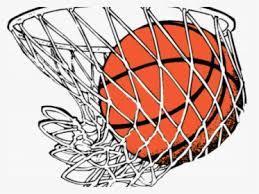 Below are the coaches' summaries for the basketball games against Western Plains/Healy on Friday.

'The Lady Huskies battled the Western Plains/Healy Bobcats on January 28th. The Lady Bobcats came out and scored on multiple second chance opportunities in the first quarter. The Lady Huskies straightened things out in the second quarter and took a 30-27 into the half. The Huskies came out strong again in the third quarter and pushed the lead to 13 going into the fourth quarter. The Huskies fought through some foul trouble and multiple players stepped up in the fourth quarter to keep the game out of reach for the Bobcats. Overall, it was an awesome team effort to overcome a large deficit and never feel like the game was out of reach. I’m very proud of the girls for fighting through the entire game and everybody stepping up in one way or another. The final score of the game was 56-45. Scoring for the Huskies: Braxton Cox- 14, Delaney Sides- 12, Austyn Cox- 10, Shaylee Vsetecka- 8, Savannah Rose- 7, Stephanie Whitney- 4, Rebekah Henrickson- 1. The Lady Huskies begin the Western Kansas Liberty League tournament on Tuesday, February 1st against the Wheatland-Grinnell Thunderhawks in Colby. '

'The Huskies advanced their winning record to 11-1 Friday night, after defeating the Bobcats of Western Plains 73-32 on February 28 in Almena. After a strong first quarter, the Huskies were outscored in the second - only leading by 2 points.  "The Huskies came out of the second half on fire and outscored the Bobcats 44-5," Coach Sides reported of his varsity team. "It was a strange first half with some of the calls, and we just need to calm down and stay focused on what we can control.  I was really pleased on how we came out in the second half, and inserted our will." Relying on the leadership of their upperclassmen, the Huskies pulled out ahead in the second half - scoring from the field and the free-throw line. Several three-point shots started to fall. Despite sitting out the second quarter, due to foul trouble, Senior Bailey Sides came back in to lead his team with 19 points.  Senior Eric Loya followed with 17 points, as did Junior Foster Brands, who also secured 17.  The following Sophomores added scores: Jeremiah Hansen, 9 points; Kenton Thalheim, 7; Brody Preston, 4. The Huskies enter the 2022 Western Kansas Liberty League (WKLL) Basketball Tournament as the number-one seeded team.  They will face Heartland-Christian on Tuesday, Feb. 1 in the main gymnasium of the new Colby Events Center. Tipoff begins at 7:30 p.m. '